The State of America’s Libraries–A Report From the ALA 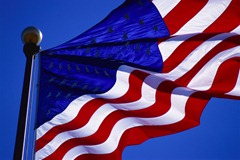 A key resource for the jobless and entrepreneurs –– The Great Recession may have come to an end, but there’s no end to libraries’ key role in helping hard-pressed Americans find employment or launch a bootstraps venture.

These and other key trends in the library community are detailed in this report on the State of America’s Libraries, 2011. The trends are documented in a nationwide poll commissioned by the American Library Association (ALA) as part of a Harris Interactive telephone omnibus study conducted in January with a cross-section of 1,012 adults.

The library-use figures that emerged from the poll were up several percentage points from a year earlier, testament both to Americans’ entrepreneurial spirit and libraries’ role in nourishing that spirit.

Sixty-five percent of those polled said they had visited the library in the past year; women are significantly more likely than men (72 percent vs. 58 percent) to fall into this category, especially working women, working mothers and women aged 18 to 54. Overall, 58 percent of those surveyed said they had a library card. Among those with a card, the largest group was, again, women, especially working women and working mothers. College graduates and those with a household income of more than $100,000 were also well represented among card holders, according to the survey.

The Harris poll revealed that Americans value the democratic nature of libraries as places that level the playing field for all Americans in the provision of materials free of charge.

Thirty-one percent of adults –– and 38 percent of senior citizens –– rank the library at the top of their list of tax-supported services. Overall, the library’s most highly valued services pertain to the provision of free information and programs that promote education and lifelong learning. Ninety-one percent (up 5 percentage points from the previous year) place great value in the library’s provision of information for school and work.

Posted by Lynnette Phillips at 2:24 PM