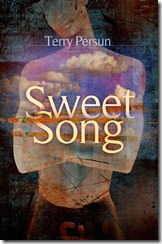 “Sweet Song” is my fifth novel and you’d think that I’d be used to researching by now. Plus this one was supposed to be easier since I grew up in and around Williamsport, where much of the novel takes place. For example, I’ve hiked many of the Indian paths and logging roads in the area. And, you don’t have to look too hard and you find living quarters where “the help” stayed while caring for the stables or cooking for the farm-owners. Even though a lot of those buildings were eventually torn down or converted into chicken coops or work sheds.

Of course I visited a lot of local museums and libraries looking for evidence of slavery in Pennsylvania, regardless of the fact that Williamsport was a landing place and safe haven for the Undergroud Railroad. I collected dozens of books about the Susquahanna River and its history. I also bought a few specific texts from Writers Digest Books like “Everyday Life in the 1800s,” “Everyday Life in the Wild West from 1840-1900,” and “Everyday Life Among the American Indians from 1800-1900.” And I used the Internet.

So, what was the real problem? Dialect. That’s something that’s difficult to find. There are no audio tapes of slaves and slave owners from that time period. So, my greatest fear was that I’d use some sort of dialect for black slaves that I picked up from television or the movies, which would sound completely false. I wanted the book to read authentically. I knew that whites didn’t speak any better than blacks in those days. Any slang came from cultural differences, not the language. Like jumping the broom means getting married. But slang isn’t dialect. Dialect has a certain sound of its own.

My decision, finally, was to use some very generic dialect based on education level. For example, some of the blacks and whites in the book speak the same. They clip the ends of “ing” words for instance. If someone is looking for a defined difference in speech in the book, they may find it, but it has nothing to do with race. I did however try to include turns in phrasing. I did this by picking up several books written by slaves about slavery, including a great little book titled, “Speak Out in Thunder Tones,” which is a group of letters and other writings by black Northerners from 1787-1865. The book was edited by Dorothy Sterling. Most mornings, before beginning my day’s writings, I read passages from that book to get me into the sound of the language, the rhythm and pacing. If there’s one book that got me through “Sweet Song” it was that book, and I am so grateful for its availability. 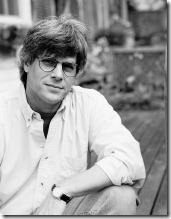 Terry has published five novels, two poetry collections, and a non-fiction book about the small press. His novel, “Wolf’s Rite,” was nominated as the fiction book of the year by ForeWord magazine. The novel also won the POW! Book of the Year Award and a Star of Washington Award. His novel, “Giver of Gifts,” was a finalist in the USA Book News Best Books of the year. Terry lives and writes on a small farm in Chimacum, WA.

Thank you for talk with us, Terry. You can visit Terry at his website www.TerryPersun.com and you can also hear a live interview with Brian Mercer at Author Magazine

Sweet Song is Available for Purchase at Amazon

Posted by Lynnette Phillips at 8:59 AM