#Review for the Newly Released Carry on the Flame: Destiny’s Call by Jodine Turner ~ Watch the #BookTrailer 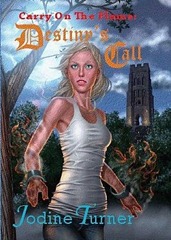 Jodine Turner has carefully created an intriguing Celtic world with mesmerizing characters that brings the times ancient Britain and of a then new religion to present day.

A vengeful and jealous Phoebe manages to shut Rosheen out of Sharay’s life, even having Sharay committed to a psychiatric hospital, robbing her not only of her birthright but the fortune left to her by her parents. 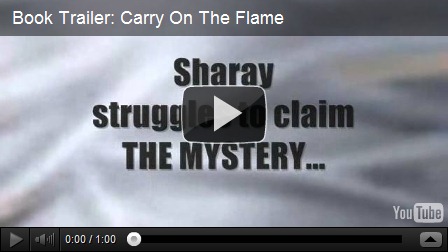 About the Author: Jodine Turner is an author of young adult/adult magical fantasy and visionary fiction, a therapist, and a consecrated priestess. She is a deacon in the Gnostic Church of Mary Magdalene. While living in Glastonbury, England, the ancient Isle of Avalon, Jodine began writing the Goddess of the Stars and the Sea series. The novels are an adventure filled initiation into the Mysteries of the Goddess. Jodine lives in Oregon with her husband Chris and their three magical cats who go by the codenames Mojo, Pumpkin, and Minnie.
www.jodineturner.com

Visit Jodine Turner’s blog, GODDESS OF THE STARS AND THE SEA
AN EXPERIENCE OF THE DIVINE FEMININE THROUGH VISIONARY FICTION

Posted by Lynnette Phillips at 1:43 PM