Author Ivory Simone Talks About Her Novel ‘Havasu Means Blue Water’, Living in Bangkok and the “legacy of injustice” 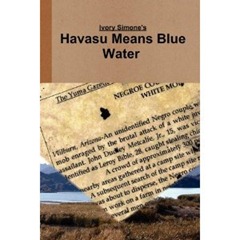 Ivory Simone - My family history. I grew up listening to my grandfather who told me stories about his grandfather--a black Indian who came out of slavery as a boy.  I found a 1780s census record with my great-great-grandfather's name and background information. The record confirms my grandfather's oral history was correct. This family history took on new meaning when I worked for a Native American Tribe years later. Both of these invents laid the foundation for Havasu Means Blue Water. 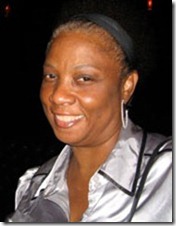 IS - Yes, it does. In the Mojave language it means "blue water". One of the characters in the story is a descendant of a Mojave tribe decimated by disease and other anti-Indian government policies.

LP --Why should readers buy your book?

IS -- It's a snapshot of the cultural wars we see in the Southwest--in places like my home state of Arizona. The inhabitants of the fictional town of Wilburn, Arizona are threatened by outsiders. They have a history of crushing groups who are different. However, the violence unleashed against outsiders is also used against the women and children of the town. Hate is a monster that's never satisfied. When it runs out of enemies to eat, it'll start devouring its own. Havasu Means Blue Water is a cautionary tale about the price a society pays for remaining passive in the face of racial and cultural intolerance.

LP -- The love between the two murdered victims, Mary Alice and Nathaniel Venerable, is central to the novel, why?

IS -- I believe love is the greatest force on earth. It's far greater than hate, far greater than the tyranny of violence. We first meet Mary Alice and Nathaniel as victims. However, I want readers to remember them for the deep love they shared. It's their love story that reaches out from the grave to influence the living, to propel events that bring about change.

IS -- I'm a daughter and a mother of daughters. A daughter's relationship with her mother helps determine the type of women she'll grow-up to be. I wanted to show how certain acts and omissions mothers/women make in their lives shape the women their daughters become.

LP -- Lyla Amir is an unusual heroine. She's an Arab-American of mixed parentage (her mother is African-American) investigating the murder of a black farmer and his wife. Her heritage is one of the story lines that adds tension to events that unfold in the novel. Why did you make her Arab-American.

IS -- Lyla Amir's heritage is important because I believe Arab Americans now understand what Black Americans already know--what it feels like to be an undesireable "other". Lyla self-identifies as black but she has racially ambiguous features. This presents problems for her when she goes to Wilburn. It's her Arab heritage that becomes the source of hatred and conflict for her.

LP - The question of identity is also one of the issues Firestone Matise, the descendant of Mary Alice and Nathaniel Venerable, faces, too. Why?

IS -- I think people are quick to label others based on appearance alone. I wanted to challenge the notion we can know a person's history based on his or her racial profile. Racial stereotypes get in the way of Americans' ability to form positive relationships with one another. The browning of America will make such thinking a liability in the future. I believe that's a good thing in the long run

LP -- What do you want readers to know about Ivory Simone?

IS - I'm a writer and poet who dreams a lot. I have a vivid and active dream life that makes my journey in the world fascinating and sometimes strange.

IS -- There's never a dull moment. More importantly, I'm able to move about in relative safety and ease.

To read my review of ‘Havasu Means Blue Water’ and more about Ivory Simone follow this link.

Posted by Lynnette Phillips at 10:49 AM